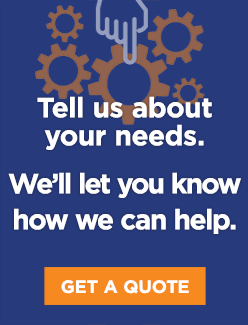 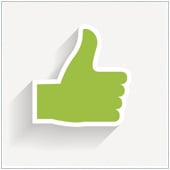 Change is a constant process with Facebook and most of the time it's for the better. Earlier this year, the social media company announced some pretty big changes to the Graph algorithm that powers search results. One of the more important changes companies with Facebook Pages need to know about centers around the way Likes can be used. In short: forcing people to Like your Page to gain access to content - a practice called Like-gating - is no longer tolerated.

Like-gates to be left open

In the past, it was a fairly common trend for businesses with Facebook Pages to limit the access followers had to their Pages or other information and campaigns. One of the most popular examples of this is if having to Like a company to enter a contest with them.

Facebook considered this an unfair practice, largely because it essentially defeats the purpose of a Facebook Page - which is to provide all Facebook users with equal access to business information and content. So, in August of this year, they announced that Like-gating would no longer be allowed as of November 5, 2014. This is being enforced through Facebook's recent update to the Graph algorithm which ranks Facebook Pages and other content in search results.

Companies that have been using this method to limit access to content and campaigns on Facebook will now likely see a negative drop in overall Page ranking - where you show up in search results. If this applies to you and you want to avoid this there are three things you should do as soon as possible:

Essentially, you want to ensure that all content on your Facebook Page, and all marketing campaigns that use Facebook, are open to all users, not just the ones who have clicked Like on your Page.

What is interesting about this change is that Facebook has not outright eliminated the right to limit access to your campaigns. For now, they are just focusing on ensuring that you don't need to Like something to gain access to it.

The reason for this is largely because of the way many business use Facebook - to run campaigns that gather information while offering a benefit to followers. Think of contests that give something away. Before, some businesses required that users Liked the content in order to gain entry to the campaign. Now that this is not possible you could try implementing gates such as a form that needs to be filled out in order to enter.

This method, often referred to as action-gating (requiring someone to take an action before being allowed to access content) is still fine to use, largely because it doesn't force users into taking an action, it is up to them whether they want to say fill out a form to enter a contest or not. Beyond that, the idea of filling out a form to enter a contest to gain access to information has been a standard business practice since long before Facebook.

By action-gating some content and contests or promotions, you should also be able to limit spammers, and increase the overall quality of data you gather, and of your followers.

Companies that have been following this method of gaining Likes have found that simply asking people for a Like won't necessarily work. Instead, you should try to include some benefits or reasons as to why users should click Like. For example, creating a badge that goes onto Facebook campaigns that says "Like us for updates, new contests, great freebies, etc." will likely see more interaction.

Similarly, putting a suggestion at the end of emails and forms on your website has also proven to work well. The key here is if you provide your followers with value and a reason to Like your page, they generally will. With some creative thinking and a different strategy you may find that overall interaction with your Page increases beyond what it would have done with a Like-gate approach.

If you are looking to learn more about this change, and how it can affect your company, contact us today.